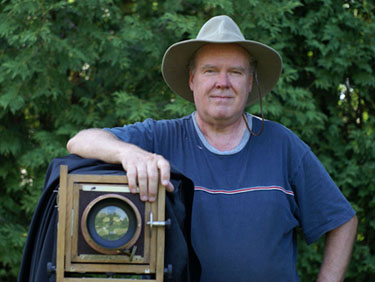 I have always been interested in photography. My first camera was a plastic Kodak Starmite, with a plastic lens, and a built-in flash holder for the tiny AG-1 bulbs. A neighbor loaned me his Twin Lens Reflex, a Ricoh Diacord. Built in the 1950s, it was a big step up from the Starmite and my first adjustable camera. Similar to a Rolleiflex TLR. It took 2 ¼ inch square negatives, and had an excellent lens. It also had a great focusing mechanism, using thumb levers, instead of a focus knob on the side, better than all the other TLRs I've used. I still have this camera, several decades later. 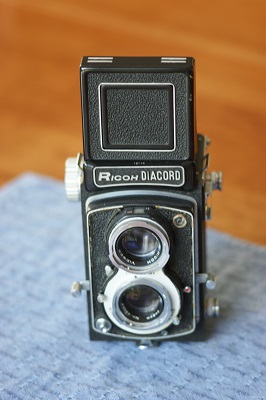 My first 35mm was the ever desirable single lens reflex. A Miranda D, no light meter, but the lens was great. However, the shutter would occasionally jam, and I finally tossed it. Next was a big move up to a Nikon F2. Built in light meter, which soon developed problems, two fixes under warranty were not enough. It was also heavy to carry around. I took a chance and bought a Nikkormat EL. This was so I didn't have to buy new lenses. The Nikkormat turned out to be the best camera ever. It had a great meter with auto-exposure. I shot hundreds of rolls through this. Still have this camera too. 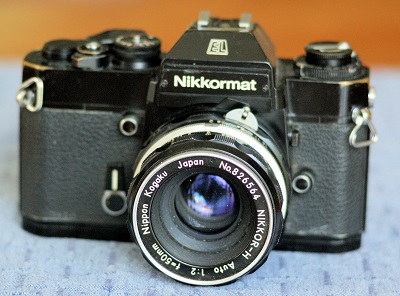 The next move was to auto-focus, and the Nikons were too pricey, so I went with Minolta Maxxums, and was very impressed with the cameras and lenses.

My first Digital camera was a Nikon Coolpix, 10 megapixels and I still use this almost 10 years later.

For Digital DSLRs, I went with Sony because they used all my old Minolta Maxxum lenses. Despite almost everyone else I know using Nikon and Canon, I've been very pleased. My biggest gripe going digital is the cost. Gone are the days when a decent film camera with a good lens was sufficient. Photos improved with advances in film technology. Now, digital camera prices and lenses are outrageous, and to get finer quality pics, generally requires a new camera. Sometimes I think it might be better to go back to film and scan the negatives into digital.

Back in the film days, I did some darkroom work, but never to a great extent, mostly because of moving around. I did some large format (4x5 inch) with a speed graphic. It was fun to use film holders, set shutter speed by a chart, focus using a rangefinder and then compose in a viewer. It amazed me how news photographers back in the day captured so many great images with these heavyweights. 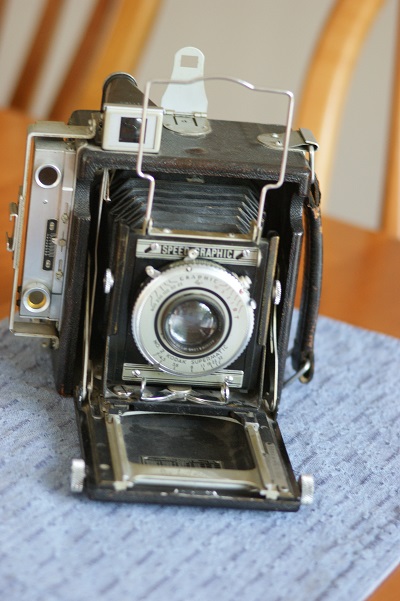 I have collected cameras over the years. I enjoy shooting with a Speed Graphic, Minox spy camera, Kodak Stereo, or a 1930s Leica. My favorite old cameras are the Baby Speed Graphic, or the SLR Graflex. Although I have the 4x5 inch versions of these cameras, I like use the smaller 120 film size versions, since the film is easier to use and process. I can also scan the smaller film into digital. 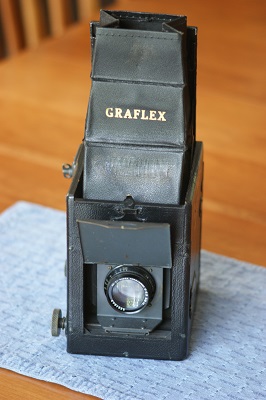 I was also interested in the history of photography, and on a trip to western New York, I visited the George Eastman Museum in Rochester, NY. The museum had a large exhibit of Daguerreotypes, from Southworth and Hawes. I had picked up a few Dags over the years and found them fascinating. Later I started researching historical processes, and found that it wasn't easy to get started making Daguerreotypes. But, I also got interested in the tintype, and there were a few workshops to learn the process. I chose John Coffer, and took his class in June, 2010. I found it to be a great process, although I am still working at it, and of course, I had to buy some more equipment. I had a couple of 4x5 cameras, but have since moved up to 5x7 and 8x10 cameras. I have since returned to John's Farm every summer for a gathering with former students. I've always enjoyed these Jamborees, and also met a great bunch of people, including two Professors from the New Hampshire Institute of Art.

I won't go into the process details, there is a lot of information on line, but it can be done with a simple box camera, up to very large view cameras. It is a very involved, time consuming process, but it gives an appreciation for what Alexander Gardner, Timothy O'Sullivan, and Henry Jackson went through.

Attention: we notice that you are using an older browser. We no longer support this version of your browser. Please install one of the supported browsers listed below

Continuing may result in unexpected behavior